What is a starseed?

Starseeds are advanced spiritual beings from other planets and realms, who possess spiritual  knowledge that date back hundreds of thousands of years.

Most agree that Starseeds are travelling souls from other planets who incarnated on Earth to inspire and heal human beings, and to participate in the planet’s evolution.

How Do You Know if You Are A Starseed?

Ever looked up at the stars and felt a longing to be up there, perhaps you’ve been referred to as an ‘old soul’, or you’ve just never quite felt like you fit in here on earth,
It’s quite possible you’re a Starseed.

What to expect in a starseed Reading.

A starseed reading will give you an insight into your true star origin.

If you’d like to receive some insight on your star planet or realm then a starseed reading is a must for you.

Let Zarina help bridge the gap by helping you connect to your star lineage. 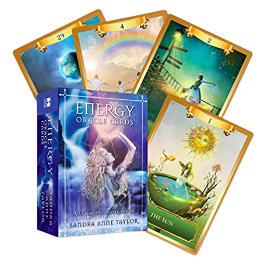 Some of the more popular and known types of Starseeds.

Sirian: These souls come from the planets Sirius A and Sirius B. Sirius A is the brightest star in the Earth’s sky.

Pleiadian: These Starseeds come from the Pleiades, a star cluster also known as seven sisters. Messier 45, and The Eye of the Bull, found within the constellation Taurus.

Arcturian: These profound beings come from Arcturus, the most advanced civilization in our galaxy. They are fifth-dimensional beings and built a society that became the original prototype for how to live on Earth.

Andromedan: This loving, benevolent, and telepathic race is from the spiral-shaped Andromeda Galaxy, otherwise known as MS31 or M31. These beautiful beings have one mission: to bring peace and love to the races enslaved by the Reptilians.

Lightworker: The Lightworker are special souls from a variety of planets and realms who have agreed to incarnate to help Earth and other worlds evolve.

Feline: These beings from the Lyra constellation can be found depicted in the artwork of Earth’s ancient civilizations, most notably Egypt, with its feline-headed gods and goddesses.

Lemurian and Atlantean: These two lands, long ago lost in Earth’s seas, were advanced civilizations that developed philosophical, spiritual, and healing technologies. It is said that they were the first Starseed tribes to form direct exchanges with races from other planets.